Showing posts from August, 2019
Show all 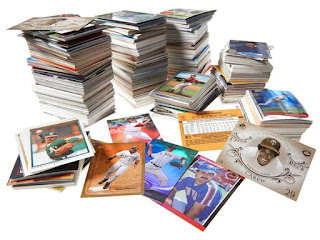 Thinking back to my childhood, there were few things I enjoyed as much as going to my local baseball card shop (yeah they head those way back then) and searching for whatever treasures had avoided me to that point. I felt like a superstar if I managed to find baseball cards I had always wanted. Whether it was Ken Griffey Jr.’s Upper Deck rookie card or a rare card of a player with something extremely “cool” on it such as the Billy Ripken card with a special message written on the end of his bat, it felt like an accomplishment when I found what I was looking for. A lot has changed since the late 1980s/early 1990s. Children today seem more content with playing online games than opening a pack of the latest popular card. So when did everything change? The baseball card industry was at its peak in the early 1990s. New stars such as Ken Griffey Jr. and Barry Bonds, and new companies in the industry led to more exposure and, with that, a bigger footprint. It is hard to find a guy who
Post a Comment
Read more