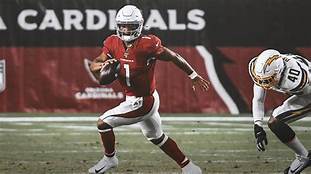 The falcons are coming off a loss after giving up a 50 spot to the Texans. Watson had a field day
against the falcons who struggling in the secondary with coverages.They are also banged up
with multiple injuries. Murray has shown the ability to be a duel threat and if David Johnson is
banged up, you can expect Arizona to lean even more on Murray, perhaps even in the redzone.
Look for Murray to have a very good game here.

Ingram has been close to a sure thing all year long scoring multiple times while being basically a
rare but true bell cow back this year. And now he gets to against the Bengals Def who cannot
stop the run and are just plain bad in general. Ravens will score a lot in this one and Ingram will
be the beneficiary of goal carries as well playing with a lead. Big game is brewing for Mr.
Ingram.

DJ had one of his better games this year earlier this season against the Bucs. The Buc’s have
allowed 5 td’s and over 27 fantasy points to receivers who line up on the outside, Guess where
Moore line’s up most of his routes at? That’s right the outside. Moore is going to be on the
cheaper side in DFS which you need to sprinkle in with the higher priced studs to have the
optimal lineup. I would add Moore in as my number 3 with number 2 upside in this matchup. 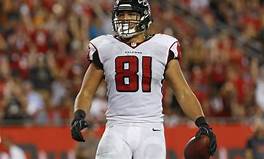 First let me apologize, usually the TE picks have been pretty good. I followed a simple strategy
with my picks for TE’s. If they are solid and playing the Cardinals defense pretty much
guaranteed for a strong day, unless of course you are Tyler Eifert. My bad I know better than to
pick a player from Notre Dame, but I digress.(Editor note: JB must have forgotten that Will Fuller is also from ND and Fuller caught 3 TDs last week and scored the most points by a WR ever on FanDuel....but I digress). Hooper runs solid routes there really isn’t many
defensive playmakers on the Card’s defensive side. Matty Ice loves Hooper and I do too this
week.

It just goes to show how soft the cowboys schedule has been because this is the second time
they are picked. But here we are again. Listen they play the Jet’s who average under 11 points a
game, Darnold is back after missing weeks for kissing dirty girl’s and will need the knock the
rust off a bit (no pun intended ). The Eagles just destroyed this team’s offensive line with 10
sacks and 2 defensive TD’s. Cowboy’s will get their sacks, limit Jet’s total yards, get some
turnovers possibly a score as well. And then we will all have to hear another week from the
worst fans in sport’s “ WE DEM BOYS” until they play a team with a winning record and make
Dakota Rain throw the ball to win , but anyway until then roll with the cowboys in this one at
least.. Good luck

He has the sickest mustache in all of the league and is a growing legend. When he left for college he hugged his dad and told him that he was the man of the house now. His game against the Saints is going to make his legend grow even more. Expect multiple tds and over 250 yards against the Saints secondary.

Coleman is a great low cost option this week. OF course he will not be a top 5 performance back but the numbers that you get at his low cost position will allow you to pair him with a stud at RB. He is a strong investment after looking sharp during his first game back on MNF this week. 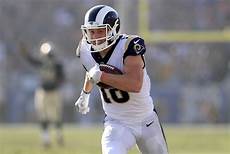 I found a man who has a PhD in personality,
That man you found may be a catastrophe,
It's more of a reality.

Just an Excuse to bring out the Hangin with Mr Cooper theme.....play Cooper.

The Kittle train is about to kick into full steam! Get on while you can before the price goes up dramatically on DFS. The San Fran run game is going to allow for more playaction and cup is going to benefits greatly. Even this week against Seattle.


BONUS SLEEPER DEFENSE: THE NEW YORK JETS
They are just to cheap and allow you to get better overall players throughout your lineup if you take the risk with them.