DFS Plays for the Thanksgiving Day Slate by Chol Souders

Thanksgiving is by far my favorite day of the year. Always has been and always will be. Family, Food, Beer and Football...What more does a man need in his life? The best part about Thanksgiving is that even though the games often are not the best matchups in the world, everybody is focused on them. The Lions usually are competitive in their 12pm games even if they are having a bad season and often times the game is a divisional matchup which brings intrigue. Also, even though I despise everything about the Dallas Cowboys I can guarantee that I am extremely profitable in my lifetime with betting the game and using the players in DFS and Season long fantasy for the 4 o'clock matchup on Turkey Day.

I am not gonna lie to you. I hated the 8 o'clock game when it became a thing for the NFL. I would never be able to stay awake for it. Between the large amount of food and waking up at 7am to go watch the local high school football rivalries (Go Raiders!) I would not have much left in me to survive the night. As I have gotten older it is becoming a bit easier since I do not hit it as hard anymore...the joys of parenting. Anyway, the bottom line is every game brings its own feel and influence on the holiday and Thanksgiving day DFS slates are one of the best slates to play on each season.

OUTLOOK all lines from Westgate sportsbook

the Lions may be on their 3rd string Qb if Jeff Driskel isnt ready to play. I dont love this game and would hate to start off the day in a hole so I may just look into player props but I am going to take the Bears on the road laying the points against their division rival if I must choose. Get on the line early because if Driskel is out the line will 100% go up.
Bears-4
Bonus play- Over 38 (banking on Lions putting up 14 + points through the air)

I am probably going to stay away from this game this year because I really dont know who the real Cowboys are or who the real Bills are. Both teams are so hard to read this year. I could see Dak coming back from a bad performance last week to shine on primetime but Jason Garrett is such a bad coach that he may ultimately cost the Cowboys the game if this is close or at least the cover. (Weird stat of the day: Cowboys are 0-10-1 Against the Spread under Jason Garrett as a home favorite in November or later following a loss.....hope that you got all of that).
I will take the points with the Bills and take Buffalo +7 but I dont love it

The Saints are clearly the better team in this matchup. Matt Ryan did not look like himself last week and I believe that he may still be injured. I am going to lay the 7 points. Get this bet in early because I can see the spread going up fast. Also, if you have to buy the half point to get it to 7 in the AM do it. This line may seriously go up to 8 in the afternoon.


The type of games that you enter mean just as much as the players that you select. Enter some smaller tournaments and some 50/50 contest this week and watch how all of the sudden you go profitable. Now get out there and win some Playboys!!!!! 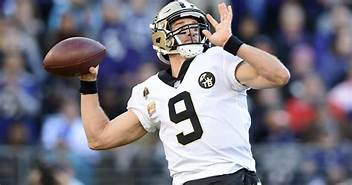 Brees and Mike Thomas are gonna eat big time on Turkey Day. Crush this man and stack them. Maybe even throw Kamara in a lineup with them. This will be the highest scoring matchup of the day and the falcons defense isnt going to be able to shut them down.

Josh Allen- I expect him to be forced to run a good amount and he will also be good for 2 passing TDs. That is great value at his price tag. 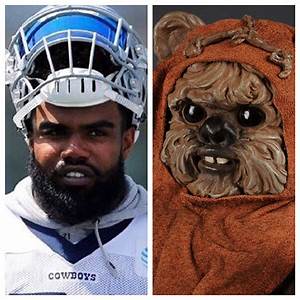 He show up on national TV. He still hasnt had that breakout game and something tells me that the Cowboys will feed the beast on thanksgiving and show the world why the paid him what they did this year.

Cheaper Play: Tarik Cohen
Montgomery isnt reliable so playing Cohen and hoping for a strong receiving day may be a great play. This is especially so on Draftkings where you get 1 full point per reception.

Best play of the day. Guaranteed to shine against the Falcons defense. Double digit catches and multiple TDs. Enough said.

Cheaper Play: John Brown- He will catch one or both of my projected Allen td passes. 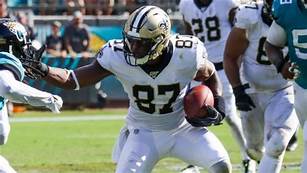 Ill be honest i hate every play here. I will probably roster Cook in every lineup just because I expect Brees to dominate but if I go very low cost and roll the dice it will be with a player like Dawson Knox. If Cook fits use him. 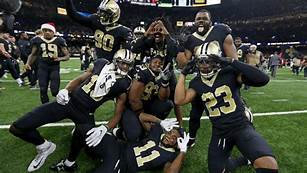 Bears are going to be the highest owned defense (maybe 60-70%) so there is more value in going with one of the others but I am not sure who to lean on. I am going to lean on the Saints because I think that they force a turnover or two and I expect the Falcons to rely heavily on the run this game which will keep the total points low.