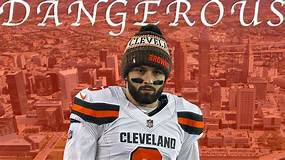 No Write up this week, just picks. Get out there and be somebody!

Murray was hot before the bye and this Rams D struggled mightily against the duel threat of
Jackson on Monday night. Murray isn’t Jackson but he is a duel threat playing well. He has legit
top 10 performance capability here at cheaper prices than what will be the heavier owned
options like Mahomes and even Rodgers this week. Roll with Murray 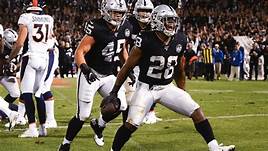 Oakland will want to play a ball control game with the Chiefs and feed the young back early and
often. Even on passing downs expect Jacobs to be an option on check downs when the Chiefs
good pass rush is barreling down on Carr. The Chiefs have a pretty solid secondary with a good
pass rush, but they are beatable with the run. Gruden will look to keep the Chiefs off the field in
a ball control run oriented with short to intermediate passes to backs and TE’s. I like Jacobs
here 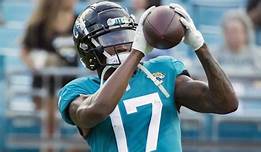 He had a bad game last week that goes without saying but this a get right game for the Jags
passing game. No defense has surrendered more fantasy points to WR than the Bucs. They have
allowed 9 top 10 performances to the WR position. Have confidence in Chark in this one.

He has been heavily involved in the passing game with at least 5 receptions in each of the past 3
games. He has been the safety valve for Kyle Allen. He now faces a weak Washington team
allowing the 8 th most passing TD in the NFL this season. Olsen who has not scored since week 3
will look to get of the snide here and be a top performer at a thin position. Listen this is simply
if you want to spend big in other area’s as we always state mix and match with studs. Kelce and
Ertz will be heavily owned taking the upside with lower salary where you can maximize a RB WR
stud combo could payoff.

The Redskins offense stinks. Haskins is not good he cannot read a defense, and the Panthers
will mask many different blitzes and coverages which will result in sacks and turnovers.
Panthers D has been getting torched but not this week not against this Washington offense. 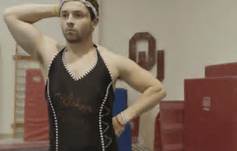 The Browns are going to try to score and score alot to shove it up the ass of the Steelers after what happened at the end of the last matchup. The Brown's offense seems to have finally gotten into a rhythm too. Baker may be a mid level cost option that could give you a possible 3 tds. He seems to have really clicked with Jarvis Landry once again and a small stack with them may be a nice play or even playing him with Kareem Hunt as a low cost Rb that may be able to get into the endzone via receiving.

All of the reasons stated above. Dude is a killer.

As I stated above I believe that the Browns are finally cooking with gas. Landry seems to have been the leader of the ascent also. He clearly is meshing with Baker and is become a reliable weekly contributor. His cost hasnt gotten to high yet but it will. Ride the wave while you can. 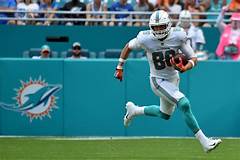 The Eagles defense has always allowed passes to be open in the middle of the field. Their bend dont break style often leads to big yardage being given up but small point totals. Gesicki will have a clear height advantage over whoever covers him and if he is matched up against linebacker sin certain sets he should be a quick slant away form breaking one this game. He has gotten better every game and there is no reason to assume that he wont be a go to guy for Miami for the remainder of the year.

Im expecting the Browns to take full advantage of the Steelers new starting QB. The defense will be out to make a statement (just like the offense). This should be a double digit scoring week for the Browns D on DFS sites and at a $2600 cost on Draftkings it is safe to lock them in all of your lineups.