Ok Guys! I have to be real with you all. It was a pain in the ass deciding on my picks this week with the holidays approaching and the fact that I am in the Semifinals in every season long league that I am in this week had an added amount of stress that I wasnt prepared for. JB and I both feel like we put together a great back to back weeks and we want to keep it going so we do apologize for the delay but good things come to those who wait!
Please remember that the purpose of these picks is to give you a guideline to follow. We provide low cost or projected low owned optiosn for you to mix and match with whatever players you consider studs to hopefully take home DFS glory. (Alert: If you dont know who studs are I cna not help you at this point. ex.)Godwin, Thomas and DHOP are all stud WRs and CMC, Cook and Zeek are stud RBs. You will need to pay up for their talent no matter what). Use these picks wisely. They may not all hit but if you have followed us this season and used the suggestions correctly i am sure that you have had a majority of profitable weeks. Now get the hell out there and be somebody!!!!!! 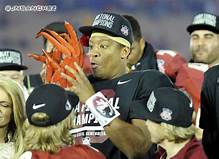 He gets Detroit who has surrendered 20 points to opposing qb weekly . Even without Evans Jamis should throw for mutiple TD here

Redskins have given up a score or over 90 yards to rb in 6 straight games . Sanders has had a min of 10 points ppr scoring in past 3 . I like sanders being leaned on as a receiver and runner here 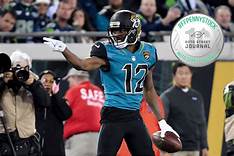 Most likely no Chark in this leaving Westbrook to receive those targets . He has received 7 targets in 3 straight games and now should be one of the focal points againts a bad Oak secondary . Cheap play with big upside we love that

I’m stacking Jamis and OJ here with the upside hope more targets with Evans out and looks in the red zone . This is a big time boom or bust but worth the gamble for the cost 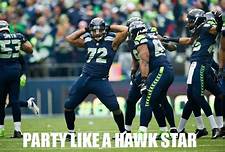 Carolina has surrendered on average over 5 sacks almost 3 turnovers and allow the 3 rd most points to opposing fantasy defenses since the midway point of the season . I’ll take that with the possibility of a defensive score !! Good luck 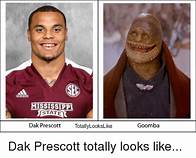 It pains me to take the Dallas QB but this matchup figures to be an explosive one. i expect alot of scoring and with the Rams starting to hit a stride on offense I can see the Cowboys playing from behind and passing a whole damn lot. Stats are stats. Sign me up!
BONUS PICK: I ALSO LOVE CARSON WENTZ TO CONTINUE WITH THE SUCCESS THAT HE HAD IN THE 2ND HALF ON MONDAY AND TO COME OUT GUNNING IT THIS WEEKEND AGAINST THE SKINS IN A MUST WIN GAME FOR THE EAGLES. 300+ YARDS AND 2 TDS FOR THE WENTZ IN PREPARATION FOR THE MATCHUP THAT WILL DETERMINE THE DIVISION WINNER NEXT WEEK AGAINST DALLAS.

I absolutely LOVE Chris Carson this week with all other Rb options done in Seattle but I expect him to be hardcore chalk so I am going with Gurley as my sleeper since I expect him to be much lesser owned then every other RB in hois price range. Fantasy players have quickly forgotten how much of a stud this guy is and sooner or later the "kid genius" coach will remember what type of weapon he has a feed him the ball! I think it tat happens this week and the Rams lean heavily on him against Dallas.

Landry is Baker's go to go. I dont care who else is on the field. He is the WR with the chemistry with his QB. He is the top option in that passing game and he is having a very very good season. it will continue this week and he will get in the endzone. Other WRs that I like are Golladay, Anthony Miller and Gallup. Fill in the gaps with whatever $$$ that you have left.

The Zach attack is back jack! I know that Ertz isnt a sleeper but he still is less owned than Kelce and Kittle most weeks and he is clearly the number 1 option for an injury depleted team in Philly. Wentz is going to lean heavily on him for the rest of this season as the Birds try to make a playoff run. Ertz and Higbee will be the only tightends that I roster this week in DFS.

Fly Eagles Fly! Coming off of a great performance in the 2nd half on Monday night against the Giants I fully expect the Birds to continue with the momentum and lay it to the Skins and their rookie QB. The Eagles are due for a defensive TD and I think that this is the week and the defense has even more to build upon next week against the Cowboys.