We have an easy write up this week. Check out the Podcast ( Philly Sports Wave on Spotify and Anchor) or our Youtube channel. We also post the Stream of the Podcast on www.phillysportswave.com if you want to listen while making breakfast, feeding the kids, day dreaming about your early twenties when you had no worries in the world.....have at it.

We had some solid , high scoring picks last week hopefully you took our advice and mixed those picks in with some higher priced studs and made some money . it is a simple scenario. Take 2 or three of our sleeper picks and add them to the typical studs and celebrate by the time that the Sunday Night game kickoff. Here is some additional advice: enter smaller contest. the large GPPs are fun. Enter a few entries into those weekly but join some smaller contest where first place brings in $100 or $40. Those add up and even a small win like that is still A WIN! The name of the game is winning and while I would love to tell you these picks will bring home a Millionaire lineup, I can not guarantee that. Only one person wins a million on each site each week but there is plenty of money to be won in smaller contest.  Lets get to it with my week 3 picks!!!!

This was not the worst week. The stacks held it down for us and the Colts defense was butter on breakfast toast!!! We missed some position play such as Sample, Edelman, and Kelley

Pitt- Big Ben had 2 TDS, but was under 20points Juju Found the endzone but Dionte was nowhere to be found. Overall they didnt shine.

Zona- Kyler 25 points and DHOp 36 points continued to shine!! Drake only managed 8 points and was 25% owned. If you only did QB and WR stack you sat pretty.

Phila- Wentz actually out up 23 points and was only 3%owned, JJAW was updated to be switched before kickoff. Ward got in the endzone for us and had 20 points. Sanders was average. Goddert got hurt and Ertz

QBs-Ben was average. Kyler killed it. Rodgers game just started and he looks like he is slinging it tonight. Cam was nowhere near wat he was last week.

WRs- Edelman was a disaster. Djax getting hurt sucked, Dionte got a concussion and it hit us like a hit to our own headbone!

RBs- McKinnon was average, Drake was not worth it, Sanders was average. Kelley was a huge disappointment but was only 7% owned surprisingly

TE-Fant  didnt find the enzone and finished below 10 points which was rough, Ony 2% owned was a suprise.   Sample had one catch for one yard......straight dog shit!

THE WINNING MILLIMAKER LINEUP WAS: Russ, DK and Lockett Stack add Gallup to the game stack, play Burkhead and Wilson Jr as low cost and low owned (both below 2.5%) plays, Hooper with only 5 points at TE, Henry as monster at lex (11% owned got 30points) and the top Defense the Colts- totaled 249.80 points and won the Million by 6 points

JB: Has found himself going heavy on Big Ben lineups stacked with Dionte Johnson. He was big on this stack all week but has moved up his lineup usage and is playing this in 10-15% more of his lineups than expected.

RB- DRAKE is going to be extremely high owned!!!! FOR GOOD REASON TOO! He is going heavy on Drake. Is not stacking him with DHop like the phantasy Chef recommended but he is running him naked in lineups.

URGENT::::::IF YOU PLAYED JJARTEGA WHITESIDE OFF OF OUR FUN RECOMENDATION ON A LOW COST PLAY  YOU MAY NEED TO REPLACE HIM. HE JUST SPOKE TO HOWIE ROSEMAN ON THE SIDELINE AND LEFT THE FIELD. NO IDEA WHAT WAS SAID OR HAS OCCURED BUT HE MAY NOT PLAY TODAY

Chol: Is not pressing as hard to include Matt Ryan or Aaron Rodgers. Rodgers is still getting some plays form Chol but with Adams likely out he is shying away form playing in in a majority and instead is paying up for Kyler or down for Wentz or Rivers. Most lineups are consisting of Cam w/Edelman, Kyler, w/Dhop or Wentz w/DJAX (or JJAW in one lineup at the Jessman's advice).

Chol still dont love the Saints overall this week but Kamara is THAT DUDE and Smith will put up nice numbers at cost in slates that you can roster N.O.

TE- Playing J.Smith and Shultz in about 10% of total lineups. Ertz and Fant ar ein the other 90%. This may changed ot a more balanced approach by kickoff.

name. I will take a motivated Cam in what possibly could be his last game for a while not priced

season which is scary considering the production he has shown through 2 games thus far. 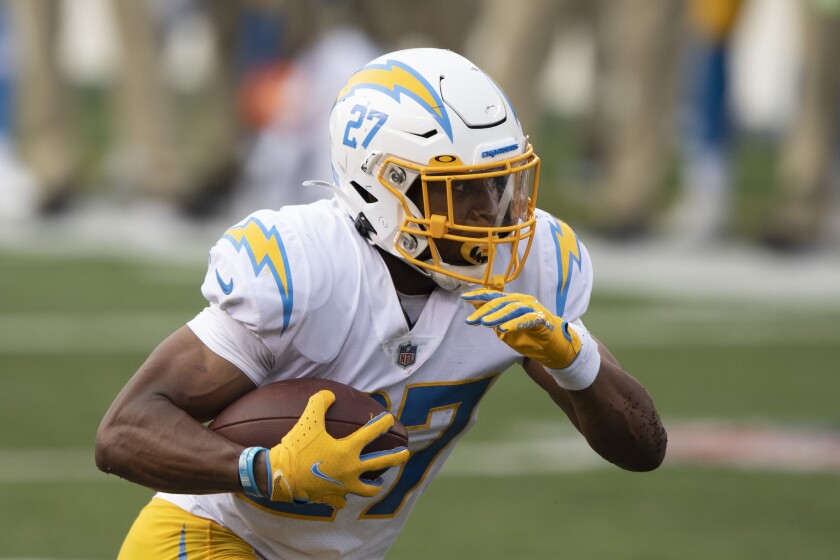 Kelly is becoming the thunder to Ekler’s lightening in the Chargers offense.

The rookie has amassed 35 carries through 2 games , with heavy involvement in the redzone

and goal line duties. Still not enough? FINE!! He is playing against the worst run D in the league 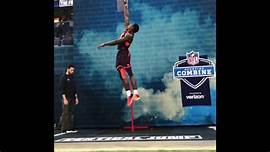 Same as I said with Cam above get in on DK now while he is still cheap.

fact the game has a high over/under I expect a shootout with DK being a beneficiary. Wilson is

missing on this one ass clown) .

2019 draft. We will see if they were smarter than most. With that being said, Sample had 9

targets last week after Uzomah went down. Burrow looks for his TE often through the young

them bucking the trend here. Philly LB’s are awful in coverage slow to read react and cover and

small . Could be a theme all year with TE against Philly stay tuned but get Sample in the lineups.

High probability of a dominate defensive performance against a depleted Jets

offense with basically no weapons this week. Start with confidence and hope for the fantasy

He is going to have a field day against the Saints secondary.

Unfortunately he isnt on many slates because he plays Sunday Night. Play some slates with that game in it and roster this man.

He will not disappoint. At least 2 TDs and yardage!

(Willing it to happen) WENTZ- 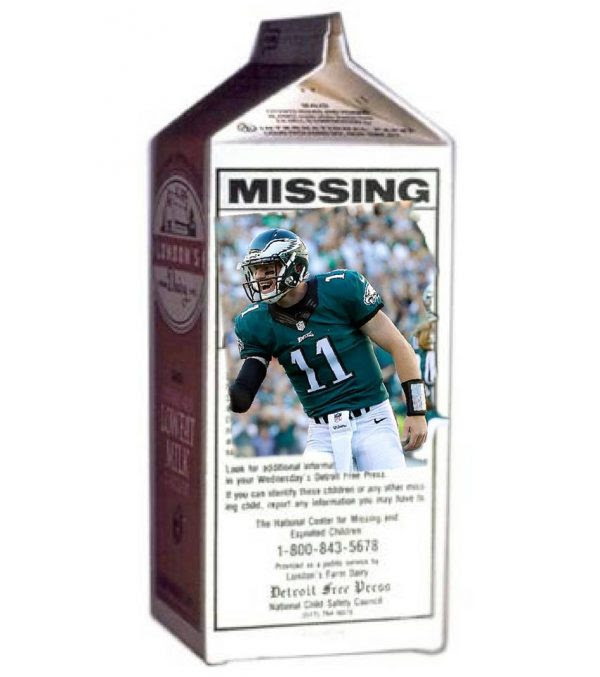 Does the Birds QB1 have some marbles? Is he gonna step up in a big way?

They should win this football game against a rookie QB.

Burrow in every way is looking to Bengals fans to be everything that Birds fans think Wentz is.

The tides have started to turn in Philly. It is time for Wentz to shut up his critic...at least for a week.

Jesse B, a friend of the program, said to play JJ Arcega Whiteside. (He may have hit the bottle early this week). You know what i am wild enough to listen. I am going to throw Wentz in a stack with JJAW. Nobody else is crazy (stupid) enough to do that this week right?????

He will not lead the 9ers in carries. Wilson will.

He will however lead them in catches out of the backfield and possibly overall.

He also can break one at some point. I expect him to find the endzone as well at a very low cost.

Bonus: Mike Davis- He isnt CMC so dont expect that but he will have a solid game for his cost.

Singletary- Keep an eye on Moss on the injury report. this may be Singletarys show this week.

Stud Plays: ALLLLLLVVVIIIIIIIIIIIN and Miles Sanders. They are my number one backs that i will have in majority of my lineups. 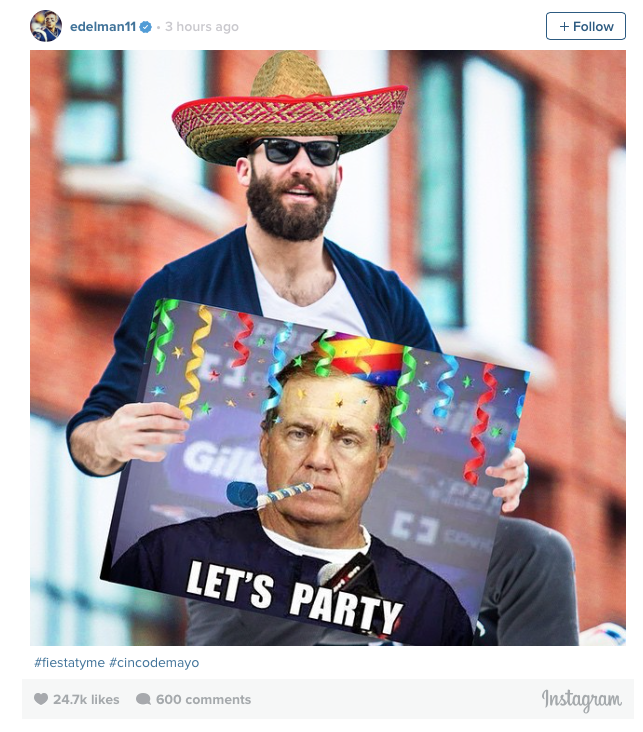 He seems to be clicking with Cam if last weke is any indication. Now he just needs to start finding the endzone. He could be in for some monster games as Cam continues to grow in this offense.

Dk Metcalf- Me and everybody else in the industry and that watches football loves DK this week. He is becoming a Fantasy Football legend. A Golden God is you will.

JuJu and Dionte- Stellers WRs will ahve a nice week. TO differentiate take Chase Claypool in some lineups. He may break one. He wont have as many chances but he has the talent and he is a big target for Ben.

Tampa WRs- they will all thrive against a weak Denver D. Mike Evans is the clear play and will be very popular this week. GO contrarian by playing Godwin coming off of an injury.

DJAx- The man loves to catch deep passes and he hasnt done it yet this seaosn. The main issue has been that Wentz hasnt had time to throw the deep ball. I think he gets time this week finally and Jackson should scorch this Cinci secondary. The DB that will be on Jackson is giving up an average of 20 yards per reception. Djax is going to cook this week.......with GAS! 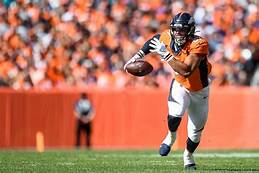 He has a back up Qb leading his squad. Anyone that ahs followed me over the years knows that I love playing tightends that either have a rookie throwing to them or a back up stepping into a starting role due to injury. Fant is going to be the check down for Driskell in addition to him also being a focal point of the offense. Also, with Sutton out for the season de to injury there are going to be more footballs to go around in Denver. Noah is reap the benefits. Don't fear the reaper! 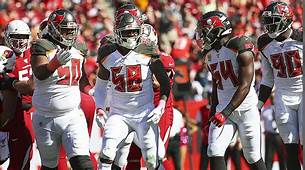 The key to picking DFS defenses is playing the teams that score TDs. There is really no way to determine this on a weekly basis but I think facing a back up Qb increases the liklihood of a pick to the house from a defense. That is the case for Tampa facing Denver and the fact that they are $3700 and only the 5th highest priced defense is sexy as a mahhhhh.

GOOD LUCK and Lets Ride this Wave Together! 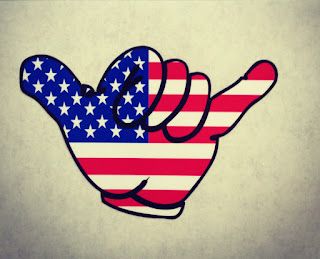