Like a fine wine we have continued to get better week after week. While, we had some bumps in the road, we have had strong weeks the majority of this season and now we head into the back half which historically has been when we do our best. Most offenses are known now and it becomes harder to find "sleepers" each week but the key moving forward is finding the studs that are going to be low owned. If you are able to consistently do this you will finish 2020 profitable. Do not overdue your entries. Stick to a set amount of GPP high risk plays and some cash plays just to make back what you may lose in the GPPs. You do not want to make the mistake of thinking only the big pot wins are worth your time. Any win is worth it! Money is Money! Lets make some together this week and ride that wave the rest of this wacky 2020 season!

Carr will have a good old fashion shootout this week against LAC and his stat sheet should be much more than what his salary would lead you to expect. Roll with him and the Raiders to shine this week! Throw him in a stack with Ruggs, Waller and maybe even a low cost receiver like Renfrow. Nelson Agholor burnt me last week so I will see it again "NEVER AGAIN"....I dont know why I continue to give this dude a chance!

Bonus Kyler Murray will blow up after a bye week last week. Rodgers should bounce back against San Fran on Thurs night, and Lamar is in line for his first Lamar game in awhile where he will run more than he has to set up some big plays downfield....just like the old days of last year!

He has looked waaaaaay better than Melvin Gordon and has the same explosiveness that helped him burst on to the scene a few years ago. This is a hardcore long shot but I am banking on Denver finally seeing what I see and giving the man the opportunity that he deserves after crushing the last three games with the amount of carries that he was given.

Bonus plays – DeeJay Dallas should again be the lead back in Seattle and bring home the bacon at a low cost. Matt Breida may finally get an opportunity to star in Miami and figures to take up most of the 21 carried a game that Gaskin being injured will open up. Damien Harris- this game just  seems like the type of game that the Pats change things up and see what Harris has against the lowly Jets. He could have a big game out of nowhere this week.

He has looked really good since coming back from injury and seems to be building that relationship with Danny Boy Jones. He was his go to target at the end of Mondays game. I expect that to continue against Washington this week. This is a game where the Giants offense may finally start to click!

Bonus Plays: Throw Antonio Brown in some lineups with Sunday Nights game on the slate. Brady will hit him for a TD and keep him happy.

Jerry Jeudy- Led the league in Air Yards last week so the passes are going his way. I expect Lock to look his way early and often and these two in a stack may be a low cost popular play worth joining in on.

Hollywood Brown- Is this the week that he finally gets back to form. I think so! I think that Lamar's running this week will lead to opportunities down field and his number 1 target downfield will be MR. Brown!!!! This is a nice mini-stack to play and surround with mid level/low cost talent.

TE- Robert Tonyan (I shit the bed on this one. Apologies.....it happens. Nobody bats 1.00, let’s hope the guys from the Sunday slate step up!) 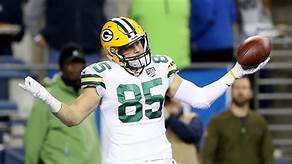 The Packers will lean on the pass on Thurs and Davante and Tonyan will be the main benefactors of this. He should finish with over 70 yards and a likely TD.

Other Plays: We like TJ Hockenson to continue to shine for the Lions. He is basically a must start in season ling and most DFS formats now.

Darren Waller- should continue to thrive as a top target for Carr in a shootout this week.

Mike Gesicki- will continue to get the swag going with Tua and with their top Rb down for three weeks it will be time to air it out in Miami. Tua like most rookie QBs will look to his big Tight End target. MG will be looking at some big numbers for the rest of the year. 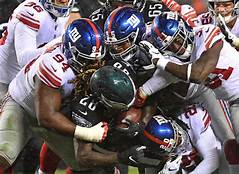 I like the Giants defense this week against Washington. It looks like the team is really starting to find themselves and the secondary has been strong this season. This game actually means something for both teams and I can totally see the Giants defense bringing the heat and causing a couple of turnovers. Can they get a TD? That is always the main question in DFS.

Ride the hot hand and you will be hard pressed to find any hotter than Herbert, over 27 ppg in his past 3 and now get a Raiders D that before last week in a bad weather game mind you as well, have given up over 950 yards and 11 total TD’s over 3 games. Give me Hebert here.

Bonus Plays I like Drew Lock and  David Carr  this week as well low cost high upside and also Like Josh Allen at the higher price end. 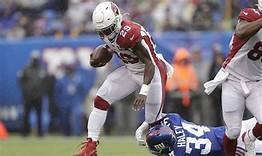 He gets the chance to shine here as the workhorse finally and I think he is someone we can hitch our wagons to as a building block. Miami D is a lot better than people realize, however volume in the running and passing game in a very good offense I love Edmonds this week and I assume he shows he should have been named the starter for weeks giddy up.. Went too far with the workhorse thing, didn’t I? Ok moving on 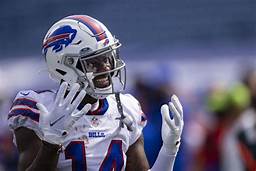 He has cooled off recently but expect him to come through in a big way here in what could end up being a shootout against Seattle. Oh BTW Seattle also happens to allow the most points to WR this year in fantasy big day for Diggs here and as you saw in other QB’s I like this week you can also stack him with Allen this week because we all know stacking is where the money makers have been all year. 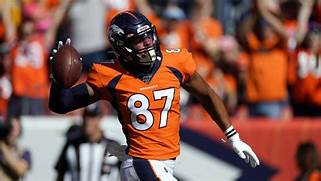 Atlanta allows the most point to TE this year and 8 td’s on the season. Fant has a ton of upside here as a topflight TE at a thin position. I Like Lock as stated above and as the theme feel free to stack together. 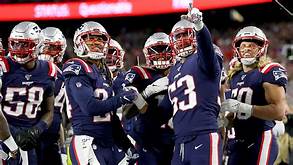 Listen whoever is playing the Jets you should probably go ahead and use that defense. The Jets has allowed on average 11 points per game to opposing defenses this year. That makes the Pats D a nice option.

Lets ride the wave together for some nice wins , share with us when you win as well we love it!!!!