Happy draft season. One of my favorite times of the year as I am a draft NERD! This is a

trades are executed. I will say I expect a lot of movement this year at the top of the Draft after

the QB carousel comes to a stop. With team like Washington, Chicago, Carolina all looking to

possibly move up which I expect WFT and Carolina to race for Trey Lance. However, for this

post Superbowl mock we will stick to no trades and just mock from position. Enjoy the read!! JB 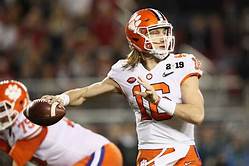 room and draft capitol to build around Lawrence.

This is with the belief that Darnold is traded and Saleh and Douglass get their own guy.

team but for now it is Smith reuniting with Tua. Smaller frame coming in at 175 and not

I do not think to many heads would turn here.

here with a new regime in place. Fields showed a lot of guts in the CFP as he torched

Clemson. 2 season starter 78 total TD’s and only 9 picks and a year to learn to behind

Ryan seems like a very good fit for Fields.

board to protect Burrow, they are springing to the podium with this pick.

for WR’S. He is the best WR in the draft and a steal at 6

gives them a chance to land Waddle. Golladay, Jones Jr and Amendola are all FA this

pick is necessity and value. Waddle is explosive perhaps the most explosive out of the

Lance to replace Bridgewater who is not the answer, they take Lance with his dual

threat ability to take over the helm under Rhule and Brady’s offense. 1 year starter

proceed with caution but talented non the less.

Big, strong, fast and athletic. Great length and off the chart instincts. Parsons is very

good against the run as well as in coverage, simply put he is a defensive game changer.

begin with. The pick could certainly go Surtain both have about the same size and

weight, but I think it is Farley here. Who has great size speed and length for the position. 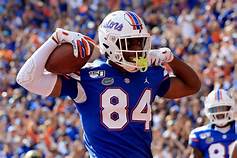 They miss out on the big 3 WR but get Pitts who could end up being a bona fide stud , he

least, too fast for the LB’s and too big for safety’s gives the Giants a hybrid nightmare for

San Fran is about to have 0 CB’s in the room after free agency. Big strong corner with an

NFL pedigree is something Lynch loves, and they do not pass up Surtain who is a home

run pick worthy of top 10 pick and a pick of need.

Chargers move to protect the franchise QB with the 2 nd best Tackle in the draft. Slater is

with a possibility of kicking inside of needed.

While they have other needs, these is a player they will see as too good to pass up. 15.5

sacks in 2019 behind only Chase Young. Opted out this year but make no mistake his

great speed and size for the edge a is a difference maker in the pass rush. 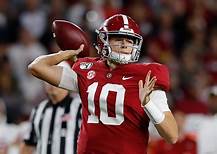 Another NFL pedigree player here, and Arizona has needs in the secondary with possibly

losing Peterson to FA. Horn is tremendous in man to man press coverage because he is a

physical CB that competes for position on every play.

coverage. He slides here a little because by NFL standards he is a bit undersized. He

makes up for that with his athleticism and football IQ. Mayok does not let him get past

blocking. Miami goes for the homerun at pick 3 then comes back to protect Tua and

continues to build the team the right way. I will say Najee Harris would be interesting

and enticing here as well, may change in future mocks. 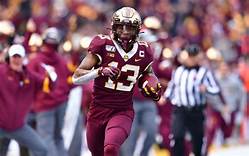 Trey Lance. But for now, my gut is its Bateman here who is a polished receiver that will

complement Mclaurin on the opposite side creating a very nice 1-2 punch.

Versatile, good hands quick feet does not have the punch that some of the other higher

potentially kick inside if need be.

Another highly ranked player that slides due to circumstance not talent. He is a freak of

a talent; he can defend the run and has the makeup of being an elite pass rusher at the

next level. Indy if stays here hits a homerun and must be excited with he way the board

Titans need a lot of help on the defensive side of the ball. They need to pressure the QB

shooting up boards as wel get closer to the draft. Titans get a young high motor athletic

disrupter who avg almost a sack a game.

their second selection. Highly touted prospect who finally peaked this past season with

over 8 sacks and 15 tackles for loss.

agency taking Tucker here is a gift if he falls into their lap, versatile player that will 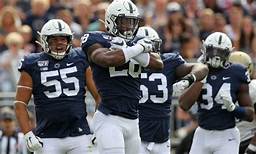 Projecting as a first round pick off potential, I am never a fan of. He is extremely fast he

Barmore from Bama as well here.

who can rush the passer as well as drop into coverage, he added two pick 6’s to his

resume this past season as well. The Browns get a steal here with one of my personal

favorites in the draft.

Speed kills and this kid has track meet speed. He is another one of my favorite players in

this draft as he is a pure playmaker. Still unpolished route runner but adding him on the

opposite of Hollywood Brown or the slot with Boykin with Andrews at TE and J.K.

Dobbins gives Jackson all the weapons he needs, and this offense becomes scary. Too

good to pass up here.

The top-rated safety in the draft, with Malcom Jenkins in his late 30’s looking for the

position is a plus. Moerig plays well in the box and but excels when able to patrol the

middle of the field and a ball hawk.

to bed this year playing a full year. He has the length Green Bay seems to love at 6’2 and

a little over 185 he has the NFL frame teams covet

Missing out on some of the other tackles Buffalo still gets their mauler. Big strong kid

great hands and punch and excels in the run block. Has experience at both guard and

tackle. He will need to perfect his tendency to get stiff at the legs which will cause

trouble against faster edge rushers and could end up inside because of that as well.

As evidence in the SuperBowl this team needs help along the line decimated by injuries.

Cosmi has played both tackle positions for the Longhorns. He tends to be a shield

blocker but has above average athleticism. He will need to work on his leverage as well

but his footwork and mobility. Proper coaching to hone in and blend talents translate to

starting tackle at the next level. Position of need here for the chiefs.

Suh is a free agent and Nixon can slide right in and contribute. The Big Ten Defensive

Player of the Year had 13 tackles for lost with 5 sacks on the year. He will create

disruption in the backfield by his quickness and ability to shoot the gaps. 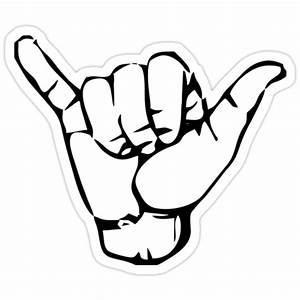